“Tonight, he fought a bad dude that a lot of people thought was going to beat him. He went out and treated him like No. 6, so he did what he needed to do in spectacular fashion tonight. I think that he deserves to fight Volkanovski again.”

Despite Volkanovski’s past hesitation to give Holloway a third chance to win since December 2019, White thinks the circumstances are different. As the champion, White indicated Volkanovski has to realize that Holloway is undeniably one of the toughest challenges out there for him.

“Listen, he’s got this Ortega fight coming up,” White said. “I think for a guy like him to watch this fight tonight when he’s the No. 1 contender – and like I said to you guys tonight, a lot of people whom I respect thought Calvin Kattar was going to win this fight tonight – the way that he looked, Volkanovski can’t even deny Max deserves another shot.”

Before a third title fight vs. Holloway is booked, however, Volkanovski will have to get through next-in-line challenger Brian Ortega. The two featherweights have been booked to fight at UFC 260 on March 27. The 145-pound title fight will serve as the co-main event to UFC heavyweight champion Stipe Miocic vs. Francis Ngannou 2.

UFC on ABC 1 took place Saturday at Etihad Arena on Yas Island, Abu Dhabi. The main card simulcasted on ABC and ESPN+ after prelims on ESPN/ESPN+. 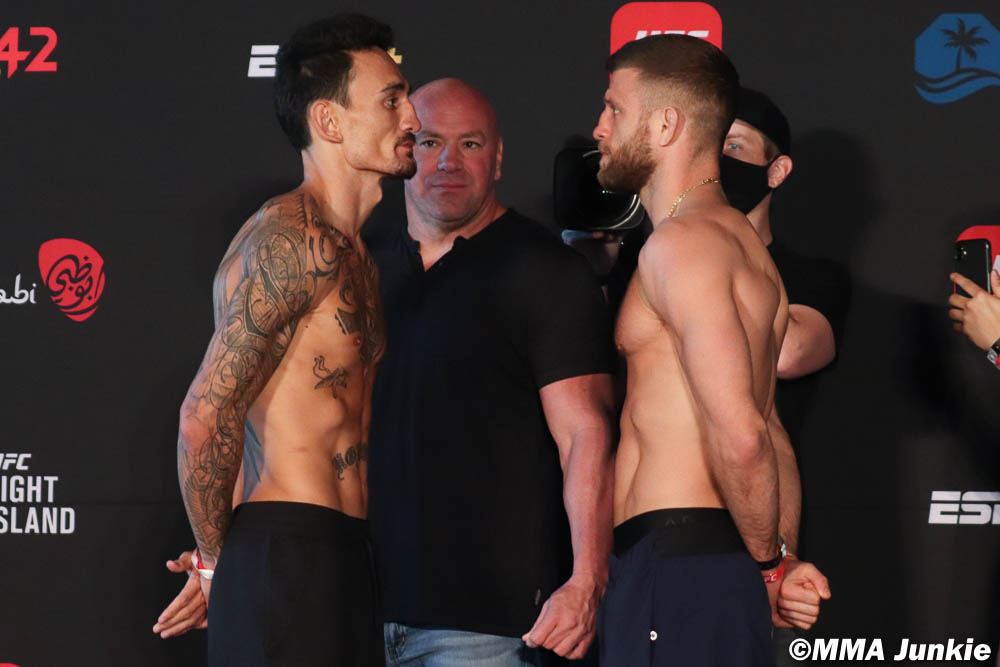