The World No. 1 dropped just five games to breeze past Mikael Ymer 6-0, 6-2, 6-3 on the new Court Philippe-Chatrier, proving too consistent for his opponent as he recorded his 16th consecutive first-round victory at the Paris major. Djokovic was particularly impressive behind his return, winning 61 per cent of return points (44/72) throughout the one-hour, 38-minute contest..

With his victory against Ymer, Djokovic improved to 32-1 this year. The Serbian has clinched four titles from five events in 2020, including a record-extending eighth Australian Open trophy in January.

Djokovic is chasing his 18th Grand Slam crown this fortnight. The Serbian is currently in third place on the Grand Slam titles leaderboard, two trophies behind Rafael Nadal and three short of record holder Roger Federer.

Djokovic is also attempting to become the first player in the Open Era — and only the third man in history — to capture multiple titles at each of the four major championships. Australians Roy Emerson and Rod Laver are the only men to have previously achieved the feat.

Djokovic will face Ricardas Berankis of Lithuania in the second round. The 30-year-old saved all six break points he faced to beat Hugo Dellien 6-1, 6-4, 6-4 on Court 11. Djokovic owns a 2-0 ATP Head2Head record against Berankis.

Playing under the roof, Djokovic made a rapid start to the match. The 33-year-old took his groundstrokes up the line to rush Ymer and mixed up play with regular drop shots to keep his opponent off balance. Djokovic landed 10 winners and committed just one unforced error in the opener, which lasted just 20 minutes. 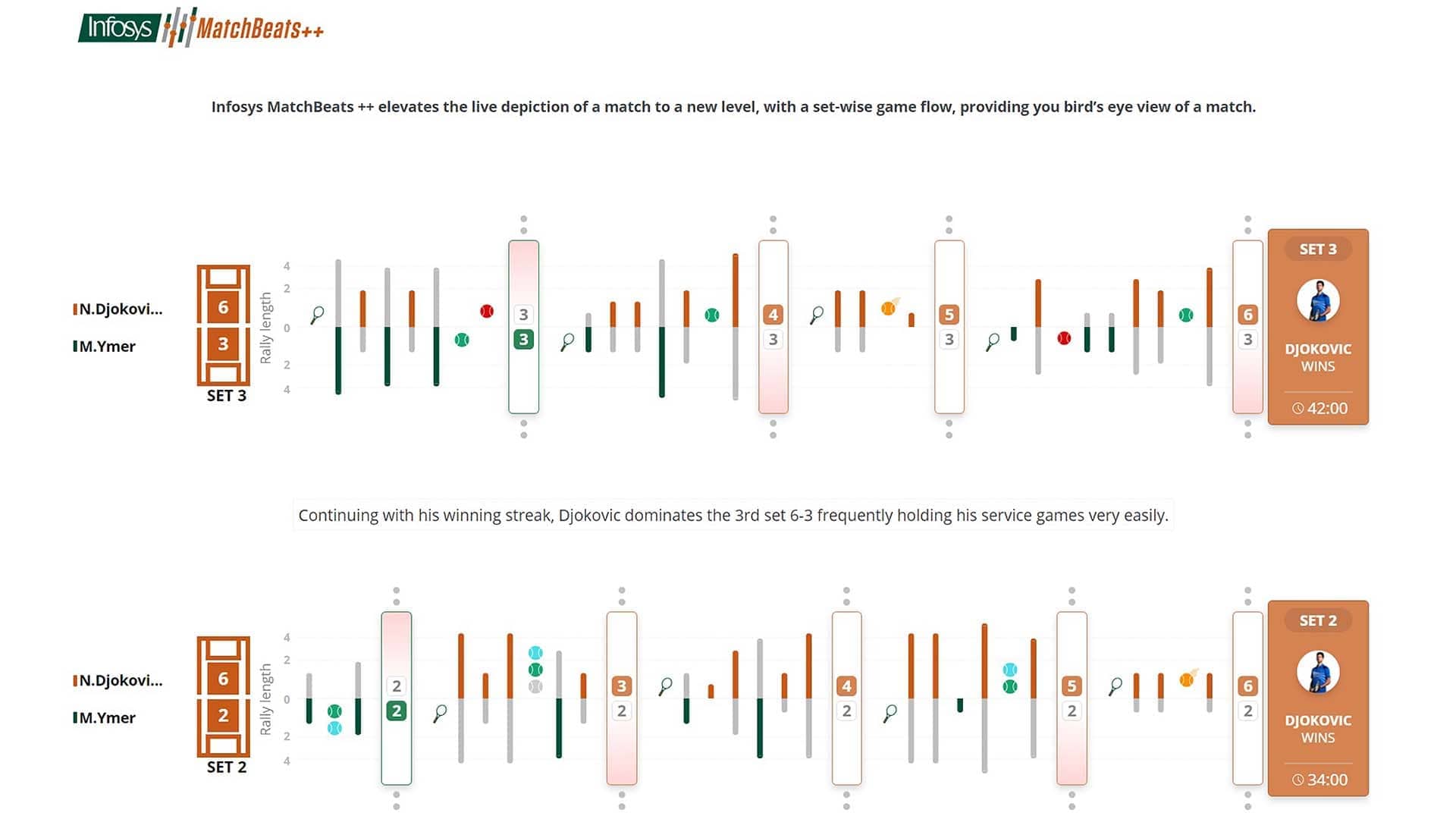 After trading breaks at 1-1 in the second set, Djokovic regained his focus to win four straight games. The 2016 champion closed the set with a love service hold, serving and volleying on set point to move one set from victory.

The drop shots continued to flow from Djokovic’s racquet, with varied success, in the third set. The 17-time Grand Slam champion made the crucial move at 3-3, breaking serve in an extended rally with a driven crosscourt backhand winner. Djokovic moved up the court to strike a forehand winner up the line on match point.

Ymer was making his second appearance in the Roland Garros main draw, following his run to the second round on his Grand Slam debut last year. The Swede, who competed at last year’s Next Gen ATP Finals, owns a 6-7 tour-level record this year.