The matchup between former interim UFC lightweight champions Poirier (26-6 MMA, 18-5 UFC) and Ferguson (25-4 MMA, 15-2 UFC) was expected to take place on Oct. 24 but fell apart when “The Diamond” revealed he couldn’t reach financial terms with the UFC.

Ferguson has since pushed for the UFC to make things right with Poirier, putting out a social media post encouraging White to pay his potential foe and gives the fans a highly desired matchup.

White said Poirier just wouldn’t get on board, though, and insinuated he asked for an unrealistic amount of money to step in the octagon.

“Listen, I like Dustin,” White told reporters, including MMA Junkie, at the DWCS 33 post-fight news conference on Tuesday. “I’m not going to sit up here and say anything negative about Dustin, he’s a great kid. I don’t know if it was he didn’t want to fight in Abu Dhabi or what his deal was – he didn’t want to fight.

“Listen, there’s a lot of different ways to turn down a fight. Negotiating yourself out of one is one of the ways you can do it. So for whatever reason, he didn’t want to take this fight. Only he knows that.”

Triple Take: If not Dustin Poirier, who should Tony Ferguson fight next?

Poirier offered a response to White when contacted by MMA Junkie, and made it clear he remains keen on fighting Ferguson.

“I do want that fight,” Poirier wrote via text message. “Simple and plain, I want to fight Tony. I like the matchup.”

White, for his part, seemed to be set on moving past the potential booking. He said another matchup for Ferguson is on the table, and he expects “El Cucuy” to take it.

“I told you we’ve got a fight,” White said. “I don’t see Tony not accepting the fight.” 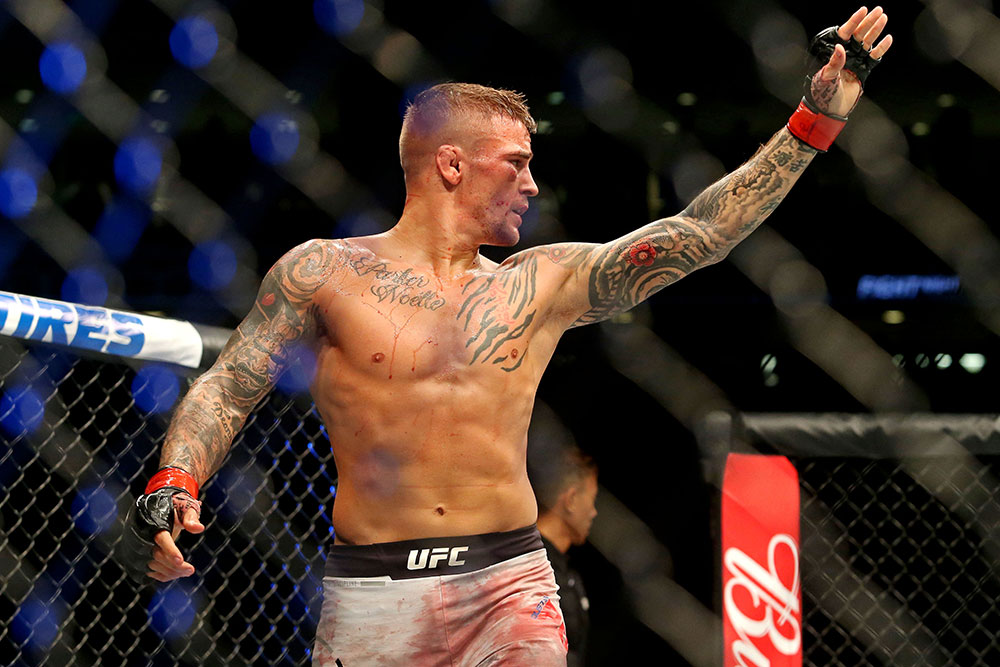