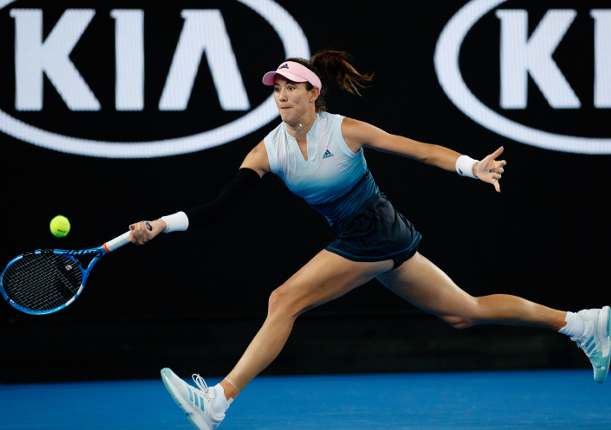 Garbiñe Muguruza made a late arrival to the USTA bubble and an early exit from the US Open.

The 10th-seeded Spaniard, who along with fellow world No. 1 Angelique Kerber was one of the few women to skip last week’s Western & Southern Open and still play the US Open, failed to survive the second round today.

Veteran Tsvetana Pironkova defeated  Muguruza 7-5, 6-3 to reach the third round of the US Open. The upset comes a day after Caroline Garcia bounced top-seeded Karolina Pliskova out of the draw.

The Australian Open finalist, who missed the W&S Open nursing an ankle injury, said it was a “rush decision” to play Flushing Meadows.

“The decision to come to the US Open I made two days before arriving here,” Muguruza said. “It was really just giving me the chance to compete. I really didn’t felt quite prepared. I just said to myself, Okay, I just go, try to compete, see what I can take out of it, just give myself a chance…

“Yes, it was a little bit of a rush decision. I wanted to know also where I am in terms of competition. It was just a kind of first test.”

The two-time Grand Slam champion was philosophical in defeat and now plans to gear up for Roland Garros later this month.

“I came here knowing that I was not going to feel perfect ready,” Muguruza said. “You normally don’t feel perfect, but I knew that the preparation was different. My decision was a little bit last minute. I knew that it could go both ways. I knew that I could go out there and not feel probably super prepared.

“I didn’t mind it. I just wanted to come here, test a little bit myself, see where I am tennistically, physically, and add as many matches as I can to I guess this strange year.”