Michel Pereira’s contract with the UFC is coming to an end.

The Brazilian showman takes on Zelim Imadaev this Saturday at UFC on ESPN+ 34 in what will be the last bout on his current deal with the promotion. Pereira (23-11-2 MMA, 1-2 UFC) signed in early 2019 and since has competed three times, resulting in a wild knockout win over Danny Roberts, an upset loss to Tristan Connelly, and most recently a disqualification loss to veteran Diego Sanchez.

Pereira said he hasn’t spoken to the UFC about renewing his deal, and he will wait to do so after his fight with Imadaev this weekend.

“We’re not in contract negotiations, but after the fight we’ll look at the possibility of continuing in the promotion,” Pereira said through an interpreter Thursday during UFC on ESPN+ 34 virtual media day. “I want to stay with the promotion and want to work for the company. I know I have a big future in the company, and I think that my boss and Sean Shelby (UFC matchmaker) will give me new opportunities.”

Pereira believes he will ultimately re-sign, and he’s doing everything in his power to be a company man.

Michel Pereira: My fight with Zelim Imadaev will be another show

Pereira has made a name for himself in the sport with his flashy style and unorthodox techniques and acrobatics. The Brazilian has no issue taking risks that could potentially leave him exposed in fights.

Coming off two straight defeats and fighting out his contract, many people might think Pereira will err on the side of caution and focus solely on getting a win Saturday. However, “Demolidor” won’t change his style for anything or anyone.

“You will see the same Michel,” Pereira explained. “The two loses don’t influence me. The first time I had a really tough time cutting weight, and the second it was an illegal knee. They were wins, but God wanted them another way. I will be the champ. I work really hard for that. This Saturday, people can expect a show.” 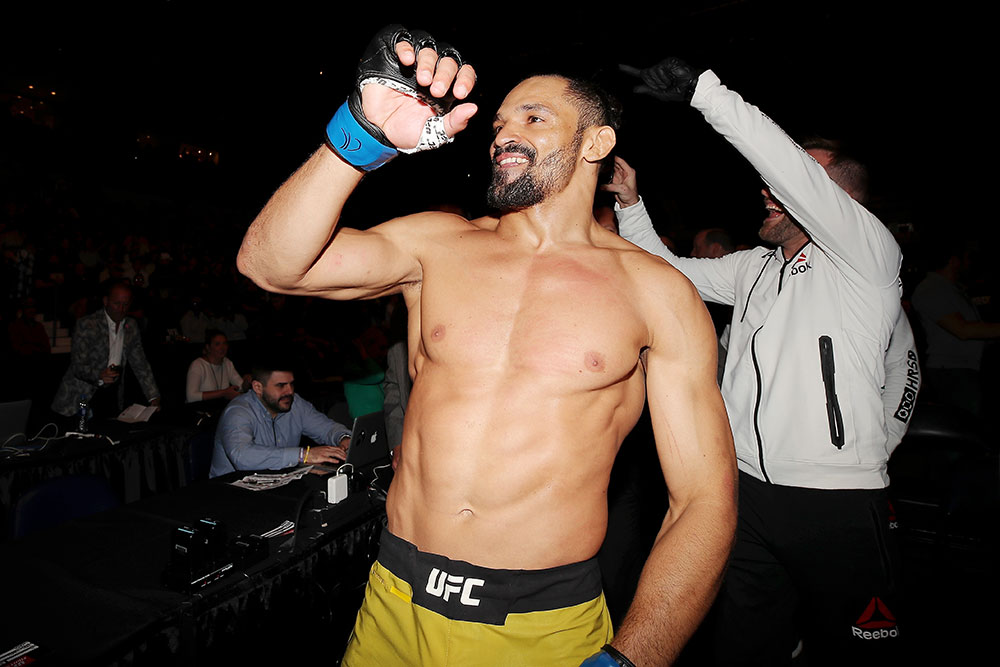