Game recognizes game, and as such, Dominick Reyes has deep respect for what Jan Blachowicz has accomplished in his MMA career.

A UFC fixture since 2014, the 37-year-old Blachowicz has really come on in recent years, winning seven of his past eight fights. That’s put the Poland native into a fight with Reyes (12-1 MMA, 6-1 UFC) for the vacant light heavyweight championship at UFC 252.

Specifically, Blachowicz hits like a truck, and Reyes knows it.

“His striking is very good, his counters are very good, he’s really sharp,” Reyes said. “Very sharp guy and he’s powerful. He throws with power and throws with a lot of intent.”

Jan Blachowicz predicts finish of Dominick Reyes at UFC 253: ‘Third round, he goes down’

As an up-and-comer in the 205-pound weight class, Reyes figured out early he was eventually going to cross paths with Blachowicz.

“I’ve had my eye on Jan for about three years now as a guy I knew I was going to cross paths with for sure,” he said. “I’ve been keeping me eye on him. He’s a great fighter, man. It’s a heck of a challenge. Definitely worthy of a title fight, absolutely.”

And the duo’s propensity for exciting fights gives Reyes the feeling they’re going to steal the show.

At the end of the day, though, while Blachowicz packs a punch, Reyes believes he’s better all around, and that’s going to spell the difference at UFC 253.

“My youth my hunger, my movement, my speed, my athleticism, my approach to the game,” Reyes said, when asked where he thinks he’s better than his foe. “I think he’s a great fighter, I just think I’m better, you know. It’s one of those things where, he’s good, I just know I’m better.” 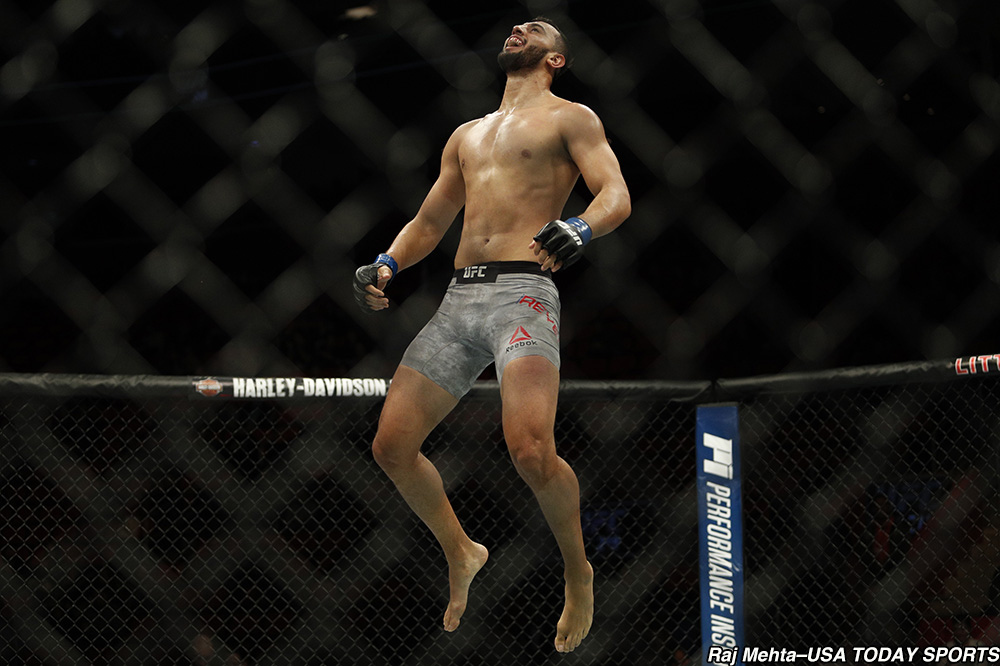