After falling short in his quest for the Bellator featherweight title last year, Juan Archuleta is back and looking to go one step better at bantamweight.

“Spaniard” returns to the cage at Bellator 246 with championship gold on the line as he takes on fellow contender Patchy Mix for the vacant bantamweight strap in Uncasville, Conn on Sept. 12. The event’s main card will air on Paramount and DAZN following prelims on MMA Junkie.

Archuleta (24-2 MMA, 6-1 BMMA) arrived in Bellator as a four-weight King of the Cage champion, and swiftly set about the task of climbing the promotion’s featherweight division. A shot at the 145-pound strap came in the opening round of the Bellator featherweight grand prix when he was handed a shot at reigning two-division champ Patricio Freire, but Archuleta lost out on the scorecards after five rounds at Bellator 228.

Juan Archuleta: Win over Corrales at Bellator 238 made me featherweight tournament alternate

With the 145-pound title tied up in the ongoing featherweight tournament, Archuleta dropped down to 135 pounds and scored a unanimous decision win over Henry Corrales to book himself a title shot against undefeated contender Mix (13-0 MMA, 2-0 BMMA), who earned his shot at the title by finishing each of his last three opponents via first-round submission.

Ahead of their Sept. 12 clash, check out Archuleta’s Bellator highlight reel via the video above as the promotion recaps his journey to Bellator 246. 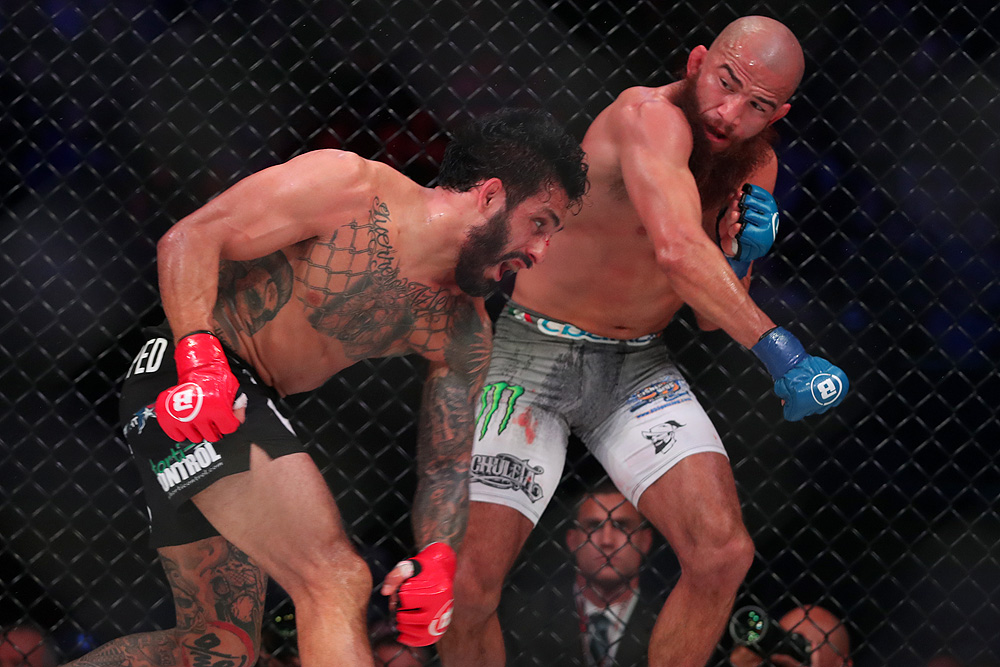