Knight (8-1) earned a contract Tuesday at Dana White’s Contender Series 31, when he rallied to take out Cody Brundage in Round 1.

He found himself in deep trouble early, when he was mounted by Brundage, but managed to reverse position and land brutal elbows while Brundage was working for the takedown. Brundage went limp and Knight was able to get the quick finish.

Knight acknowledges that he was in a bad position to start the fight and it’s something that he has to work on, especially that he’s in the big leagues now.

“The first part of the fight, I guess you can say I was in trouble, but most of my fights I start like that,” Knight told reporters, including MMA Junkie, after his win at the UFC Apex. “It’s like a wake-me-up, so I understood the position that I was in and understood that I needed to advance fast or I would lose the fight.”

He continued, “As the competition gets tougher, I would have to deal with that in the warmup room. I really can’t keep going out there in the first round for a wake-me-up round, so that’s something I’m going to deal with with my coaches.”

Knight was able to make good on his second Contender Series stint, where the first time around, his stoppage win over Herdem Alacabek last August was only good enough to earn him a developmental deal.

But Knight, who since then has gone 2-1, was unfazed by the missed opportunity and wasn’t going to let it slip away from him this time.

“When I first came to the Contender Series, I guess you can say I was a bit green,” Knight. “My experience in the professional region, the professional league, wasn’t all there so I understood where he was coming from because I was trying to count my amateur fights, but it’s just two whole different situations so whatever came to me, I just took so it didn’t really affect me. So to be able to come back a second time, people might look at it as ‘Oh man,’ but it’s definitely a great opportunity.” 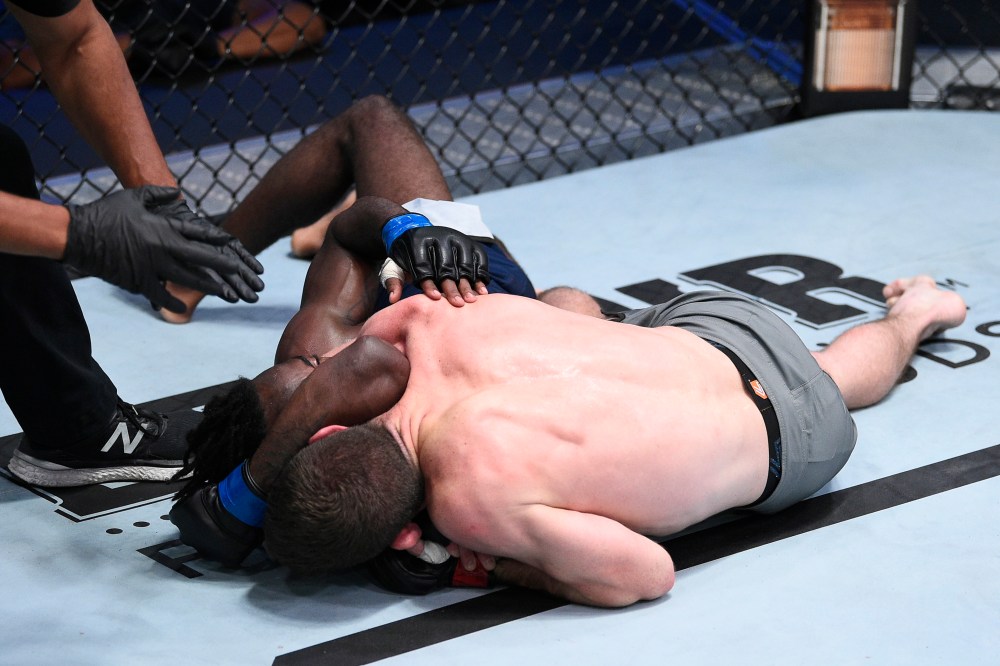 4 min read
[ad_1] HONOLULU (AP) -- Brendan Steele knows he can play well at the Sony Open whether it's windy or calm, in sunshine or rain. Now