Playing the villain at last year’s US Open, Daniil Medvedev channeled the ire of New York fans to fuel his remarkable run to within one set of the title. This year, he’ll have to do it all by himself.

Early indications are that the Russian is adapting well to the closed door US Open. On Tuesday night, he required just one hour and 46 minutes to dismiss Federico Delbonis 6-1, 6-2, 6-4.

“I’m most pleased today with the score, three sets. I’m happy that I finished before midnight,” Medvedev said on court to ESPN’s Brad Gilbert after the match. “I was playing consistent and wasn’t going for crazy shots… I managed to keep my distance and always kept pressure on his serve. That was the key.”

PSA: Daniil Medvedev has added no-look shots to his arsenal.@DaniilMedwed I #USOpen pic.twitter.com/tjKXJPsqvD

Medvedev was hardly a crowd favourite midway through last year’s event. But by the end of his run and heroic comeback against Rafael Nadal to force a fifth set in their championship match, the Russian had come full circle and had fans cheering for him. The packed stadium gave him a long standing ovation as he accepted his runner-up trophy.

But if there were a crowd for Medvedev’s match against Delbonis, they wouldn’t have had a chance to get involved. The third seed quickly grabbed the first five games against Delbonis, pushing him around the baseline and frequently making timely trips to the net for winning volleys. Although the Argentine got more involved as the match wore on, Medvedev never relinquished control.

The Russian didn’t drop serve and converted five of nine break point chances, comfortably closing out proceedings on his first try and improving his record at this event to 9-3. Medvedev will next face Christopher O’Connell, who recorded his first Grand Slam match win with a 4-6, 6-4, 7-6(2), 6-4 victory against Laslo Djere.

“I know that he can play really good tennis. When Andrey Rublev was at the top of his [game] in Australia, he took a set off him,” Medvedev said, referring to O’Connell’s four-set defeat to Rublev at this year’s Australian Open. “I’m going to see some matches of his and prepare.” 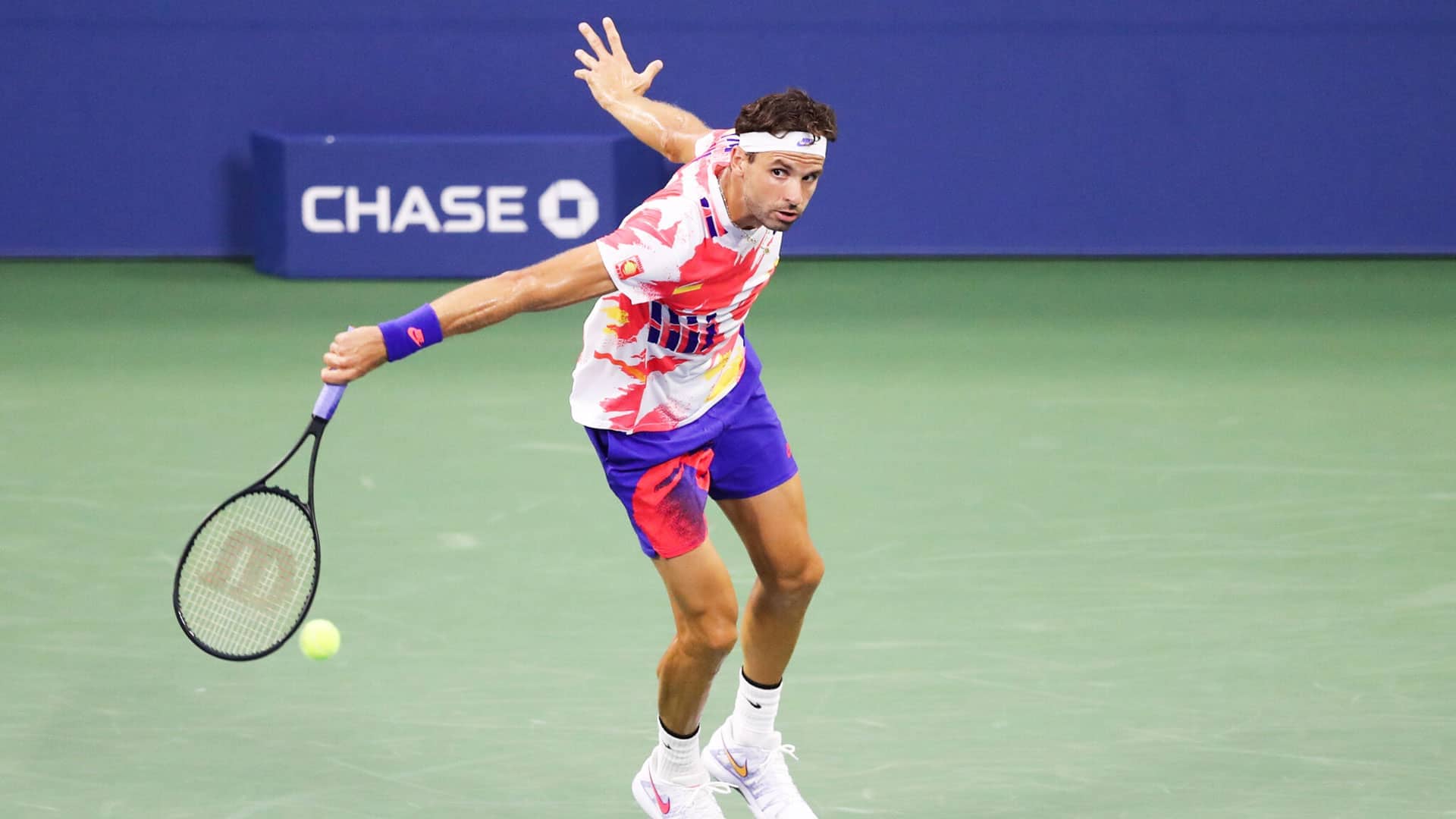 Grigor Dimitrov avenged his five-set defeat to Tommy Paul at this year’s Australian Open by scoring a convincing 6-4, 6-3, 6-1 win over the American inside Louis Armstrong Stadium. The No. 14 seed saved all seven break points and broke Paul five times.

Dimitrov, a semi-finalist at last year’s US Open, remains on track for a fourth-round clash against Medvedev. He’ll first need to get through Marton Fucsovics, who cruised past Hugo Dellien 6-3, 6-3, 6-1. The Hungarian beat Dimitrov in three sets last week at the Western & Southern Open.

John Millman continued his success in New York with a 6-1, 6-4, 6-4 win against No. 22 seed Nikoloz Basilashvili. The 31-year-old Aussie stunned Roger Federer in 2018 to reach his first Grand Slam quarter-final. He’ll face Frances Tiafoe in the next round after the American defeated Andreas Seppi 4-6, 6-3, 6-4, 7-5. Millman leads their ATP Head2Head series 2-0, with both wins coming on hard courts.

1 min read
Enjoy the video? Hit the like button and subscribe if you're new to the channel! And don't forget to click that notification bell to keep