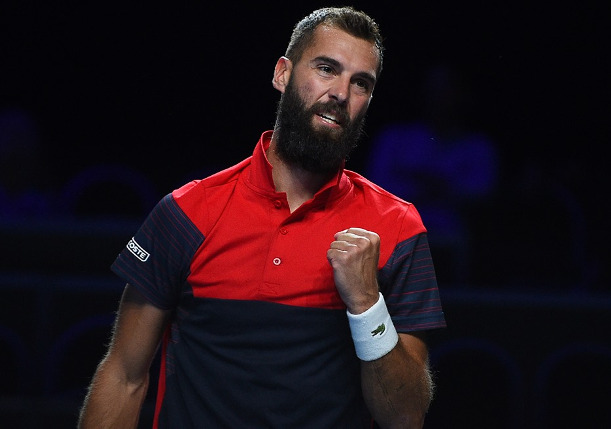 Benoit Paire may not be playing at the US Open, but he’s definitely one of the biggest ongoing stories for the event.

The French player had to withdraw before the event started due to a positive COVID-19 test. But Paire took to his Instagram account to say that he then tested negative on Monday.

According to French newspaper L’Equipe, Paire hosted a live Instagram chat from his hotel room in New York. During the live chat, Paire revealed he tested negative on Monday and that he was not experiencing any symptoms.

Paire said during the chat “We’ll see if I got it,” as if to imply that his original diagnosis was actually a false positive. The Frenchman said he is still in isolation in his hotel room but hopes to be able to leave next Tuesday.

After Paire’s first positive result, multiple French players including Richard Gasquet, Kristina Mladenovic, and Édouard Roger-Vasselin were require to sign new protocol agreements that further restrict their movements inside the “bubble” both at their hotels and on the tournament site.

Several other players including Noah Rubin, have called out these revised agreements as going against the original plan for the bubble.

Testing false positive for the virus is a major concern for players. Milos Raonic, who reached the Cincinnati finals last week is one of them.

“I’m still nervous before the test because it could be a false positive,” Raonic said in a recent interview.