A lot of my fans know that I like to take snapshots of different moments of my career. They’re usually of a match, tournament, or anything special that I can carry with me long after I hang up my racquets. They’re just little pictures for me to store away in my memory bank.

The snapshot of our return tennis is definitely going to be interesting. I think a lot of people are going to want to know what life was like when we returned to play. This COVID-19 pandemic has affected a lot of people’s lives and I think we’ll feel the effects for many years after we hopefully get this virus taken care of.

It’s cool and interesting to be a part of this chapter of tennis history, and I wanted to take you inside my experience. So far, it has been really good. Let’s start with actually getting to New York.

Obviously after being in a bubble in Australia for so long, there was a fair bit of stress involved in taking on that big international flight. When you rock up to the airport, there’s a bit of tension in the air. The whole check-in process was a little more thorough. I always look forward to getting to using the lounge, but we weren’t able to do that. It was a different experience, not really what I was expecting.

It was stressed how important it was to land at JFK Airport in New York. As an Australian, your port of entry into the United States is normally on the west coast. We had to go the other way, so I flew through the Middle East, taking two 15-hour flights!

You could feel everyone on the plane was just a little more wary. There are obviously different concerns and the big priority for me was just to try to be as safe and as clean as possible. I think I went through a whole bottle of hand sanitiser. Obviously everyone was wearing face masks and face shields. It’s about taking the proper precautions and getting used to what travel is like these days. International travel isn’t the same now. 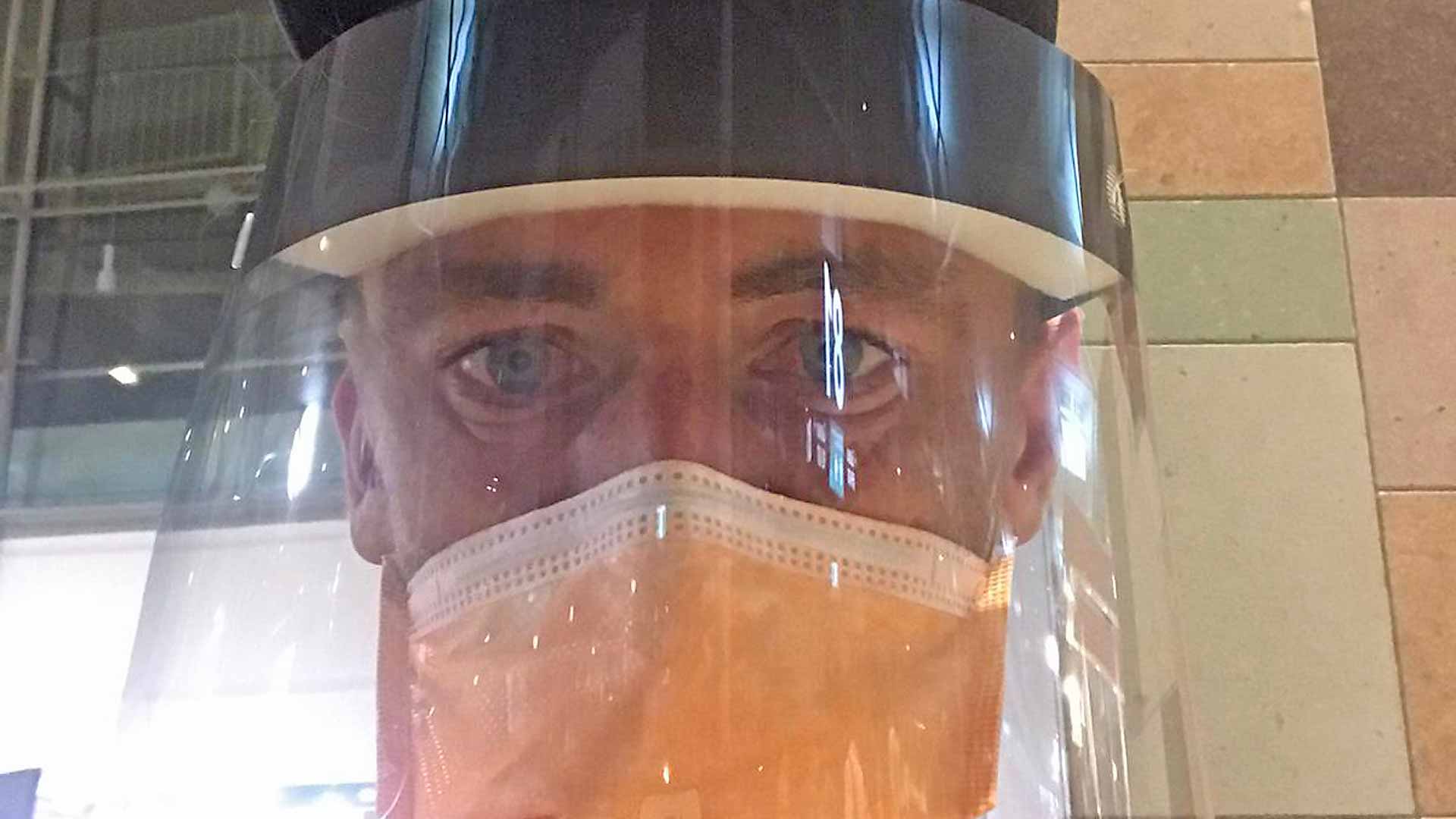 But when I arrived in New York, I was pleased to see how everything was set up at the hotel. I think the USTA has done a great job. They’ve really transformed the hotel to make it really comfortable for the players. They’ve got some nice additions. The coffee baristas are there in the lobby, which is awesome. Tennis players love their coffee. Even the Italians aren’t complaining, which is good!

They’ve also had food trucks right outside the hotel each night. I love heading to a food truck back home, so I’ve been hitting those up. Then you’ve got your lounges, your arcades with games like ping pong and mini basketball, gaming rooms for video games and even a golf simulator. They really have tried to make the best of a pretty tough situation.

My draft is on 9 September, which would put me in the second week of the US Open. If I have to get up early one morning again to do the draft. It’ll be a really good problem. I’m either going to be doing it here second week US Open or in Austria in Kitzbühel. I’m going to be one of the most prepared in my league, that’s for sure. I’ve got my 2K21 golf video game that I’ve been playing, too. The simple things in life get me pretty excited.

The only big difference is that I’m not getting the cultural experiences that you get every week when you travel to different places. I love New York City. In 2010, my parents got me an early birthday present, getting me accommodations in Manhattan. I was able to watch future NFL stars walk into Radio City Music Hall for the NFL Draft, which was awesome. Whenever I’m here I love going out to a few different restaurants. Every now and again I like catching one of the shows, too. I think that’s why everyone loves coming to play this tournament, because Manhattan is a very, very unique place in the world.

But I understand these are special times, so obviously we can’t go out. It is super different, but it’s great to come back here and see some familiar faces. You get used to seeing the same people from players to staff week-in and week-out on the Tour and five, six months away from it, you miss those connections and this first week has been really about reacquainting ourselves with these relationships that we haven’t been able to have for so long.

I probably wasn’t the only player who was considering my options whether I’d come and play or not. I think with all the apprehension, the bubble has far exceeded my expectations. They really have tried to go above and beyond to create a comfortable situation for the players.

I’ve already played one tournament here, having two really tight matches in the Western & Southern Open. I battled to two final-set tie-breaks, beating Adrian Mannarino and falling just short against John Isner. During the matches, since there are no fans, you can definitely identify certain people who come out and watch. I don’t think Kim Clijsters was there to watch me specifically, but she was out there when I was playing Adrian. It was pretty cool to have her in the stands and it’s awesome seeing her back playing.

There are not too many people who come out to watch, but I’ll use the energy from anyone. I just am enjoying being back here competing with fans or without. Obviously I’d prefer to have fans, but it’s nice playing tennis again. 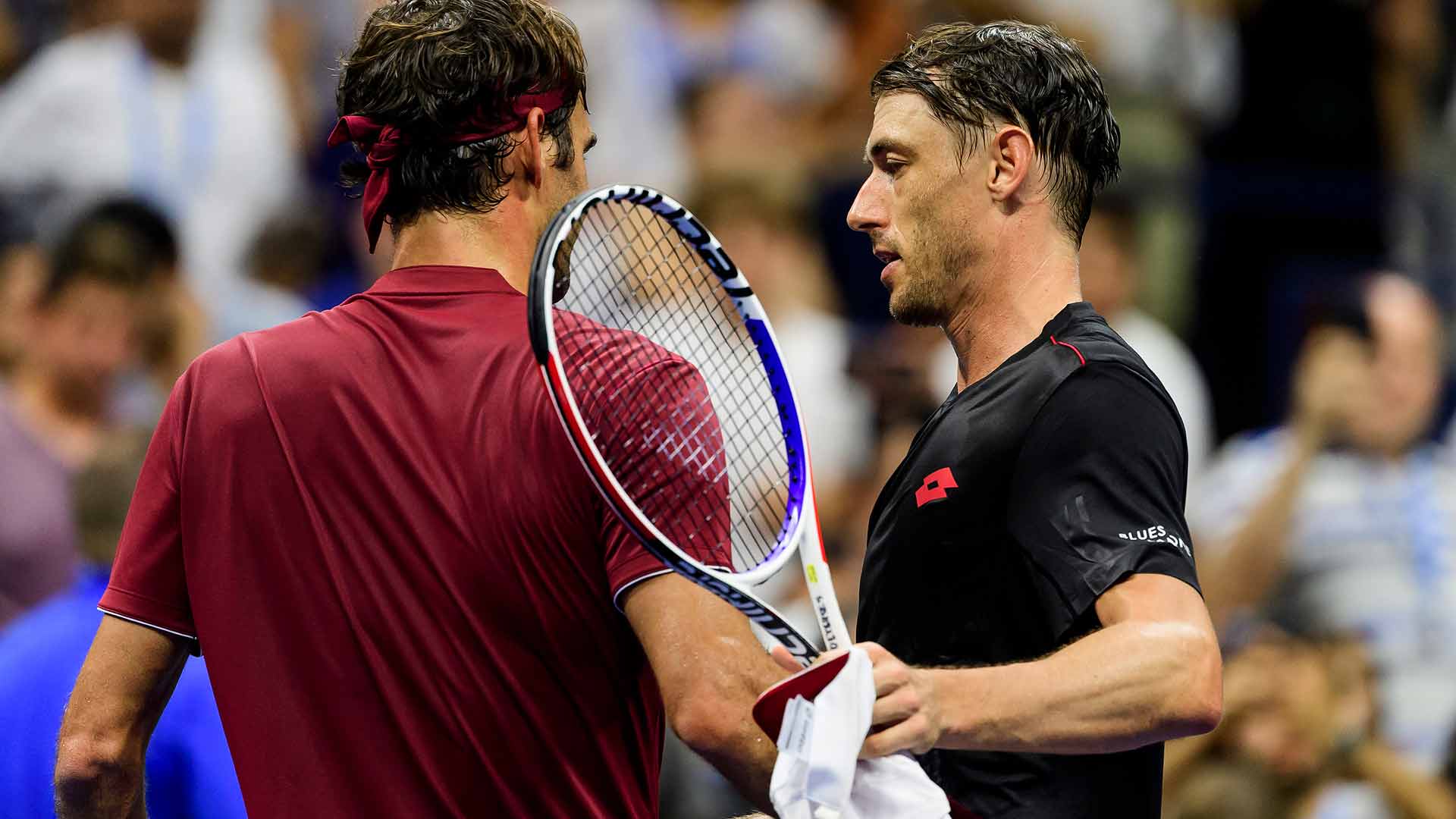 I’m used to not having fans, because I’ve played on plenty of courts where nobody has really watched as I grinded through the Futures. One of the reasons why you want to play these big tournaments is to play on big courts in front of a lot of people. The energy that the American crowds give you at the US Open is something pretty unique. I’ve experienced the best and the worst of it, but it’s something I really enjoy and I thrive off.

Tennis is in the entertainment business and I love using the crowd. I’m lucky that I’ve had tonnes of support from people reaching out to me on social media channels or those who I know personally who have reached out. I can still feel their support when I take to the court. I had people watching on their television sets back home who are playing each point with me. They might not physically be there, but they’re with me throughout the world. Still, I’m looking forward to a time down the track when it’s safe to play in front of a crowd. For sure we miss the fans, because without them the sport doesn’t really exist.

One thing not having fans this year means is us players are a bit freer to use the facilities. They’ve done a good job of setting up the facility where we’ve got some activities to do around the courts like basketball, mini golf and soccer billiards, so that’s pretty good. The seeded players at the US Open also have gotten private suites. I wasn’t part of that group, but that’s okay. 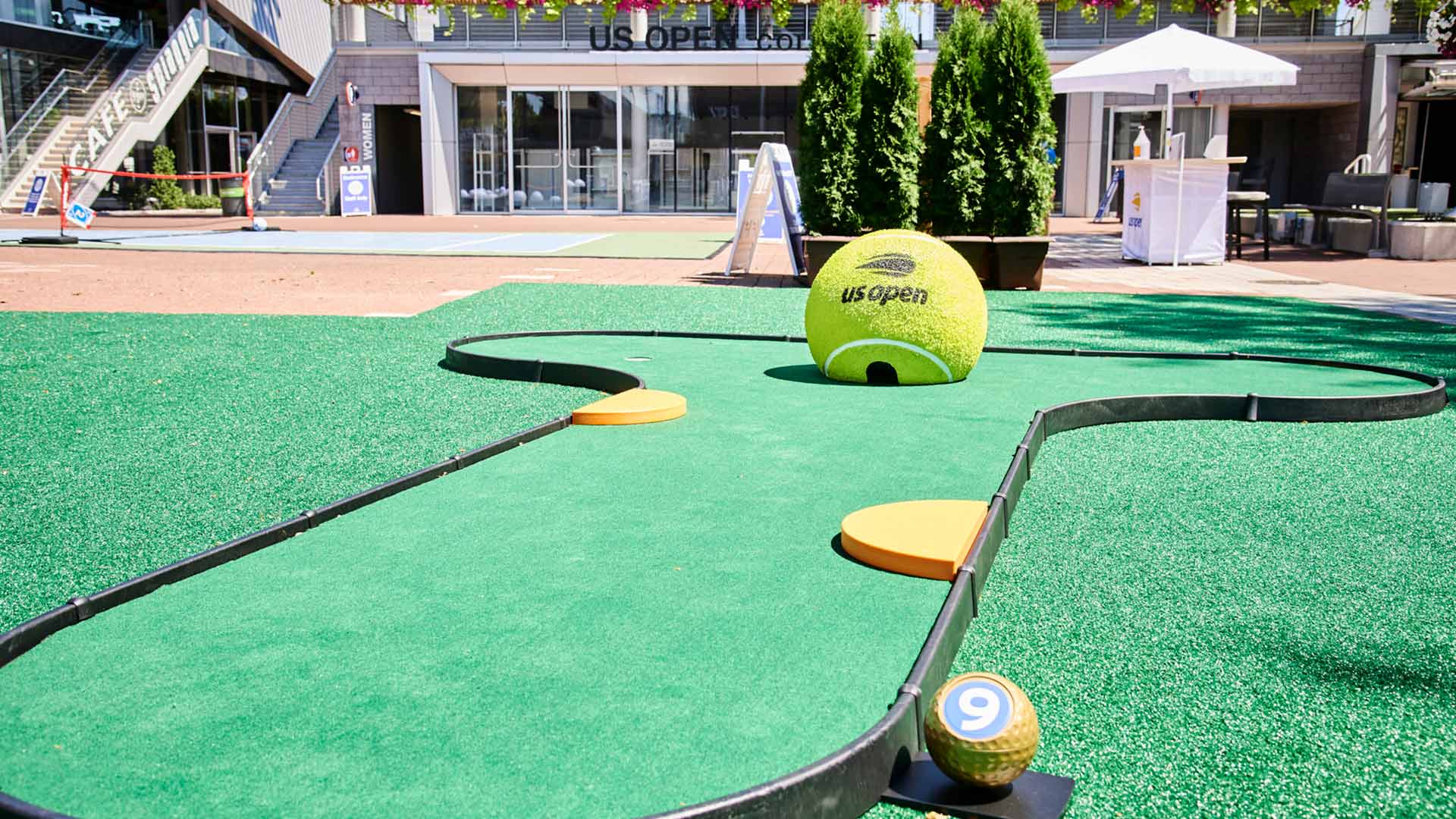 Photo Credit: Jennifer Pottheiser
I actually haven’t spent much time inside Arthur Ashe Stadium since getting here, and that’s not such a bad thing. I’ve had a bit of experience there playing my past three US Open matches against Roger Federer, Novak Djokovic and Rafael Nadal. While those were amazing opportunities, I was hoping to avoid it, at least in the early rounds, because that would have meant drawing one of the best players in the world.

I’ll be playing 22nd seed Nikoloz Basilashvili in the first round. Should be a tough one, but will be taking all of you with me on the court! Hope you enjoy it, wish me luck!

3 min read
[ad_1] Though they currently hold the best record in the Western Conference, the Los Angeles Lakers are still expected to be active before the 2021