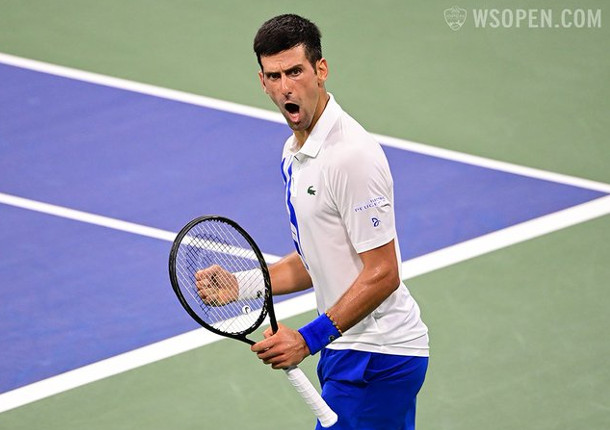 The world No. 1 was hit with a time violation by chair umpire Damien Dumusois after retrieving his towel.

Shapovalov on Youzhny: He’s Definitely Made Me a Smarter Player

A perturbed Djokovic argued the call pointing out chair umpires during last week’s Western & Southern Open routinely delayed starting the serve clock so players could adjust to picking up their own towels.

In past years, ball kids retrieved player towels, but in this Coronavirus climate, the US Open implemented a new rule mandating players pick up their own towels.

After his straight-sets win, Djokovic ripped the lack of communication in the rule change.

“That’s the problem that I have. I was not aware of it,” Djokovic said. “No one really brought it to my attention. The lack of communication is something that worries me once again. I mean, that’s something that really upset me. I don’t mind if someone communicates and maybe asks the opinion of us players because we’re the ones who are supposed to play. But it’s going to greatly affect the match.

“We’ve played in the certain tempo, got used to it during the Western & Southern tournament, which just ended two days ago. Two days later we have a different rule that was just not communicated to us.”

“That’s something that I found just not acceptable, not fair,” Djokovic said. “But I guess I have to deal with it, and that’s it. I just think there should be a better job done in communication with players prior to changing things like this.”

7 min read
[ad_1] With the nature of the 2010-21 NHL season’s schedule, a team’s ability to adjust and adapt from game to game will be a big