Former UFC heavyweight champion Brock Lesnar is apparently back on the market.

The 43-year-old Lesnar, a former NCAA wrestling champion at the University of Minnesota, has been a combat sports superstar in both the real and predetermined versions.

Lesnar (5-3 MMA, 4-3 UFC) won the UFC heavyweight belt in just his fourth pro fight when he finished Randy Couture in the second round at UFC 91. Lesnar headlined several of the biggest drawing events in UFC history during his main run. But he’s only made one octagon appearance since 2011, a win over Mark Hunt at UFC 200 which was later overturned due to a failed test for banned substances.

While Lesnar’s athletic window is closing, he’s likely got one last good contract left in him, and he has a history as an expert player on playing different sides against one another to get the best possible deal. As recently as 2018, Lesnar got in the cage with Daniel Cormier to tease a title fight which did not come to fruition, before re-signing with WWE.

This time around, WWE has it’s most serious wrestling competition in a generation in All Elite Wrestling as a potential suitor. UFC president Dana White has said he considers Lesnar retired. At least one big name UFC fighter, however, has already expressed interest:

Photos: Brock Lesnar through the years 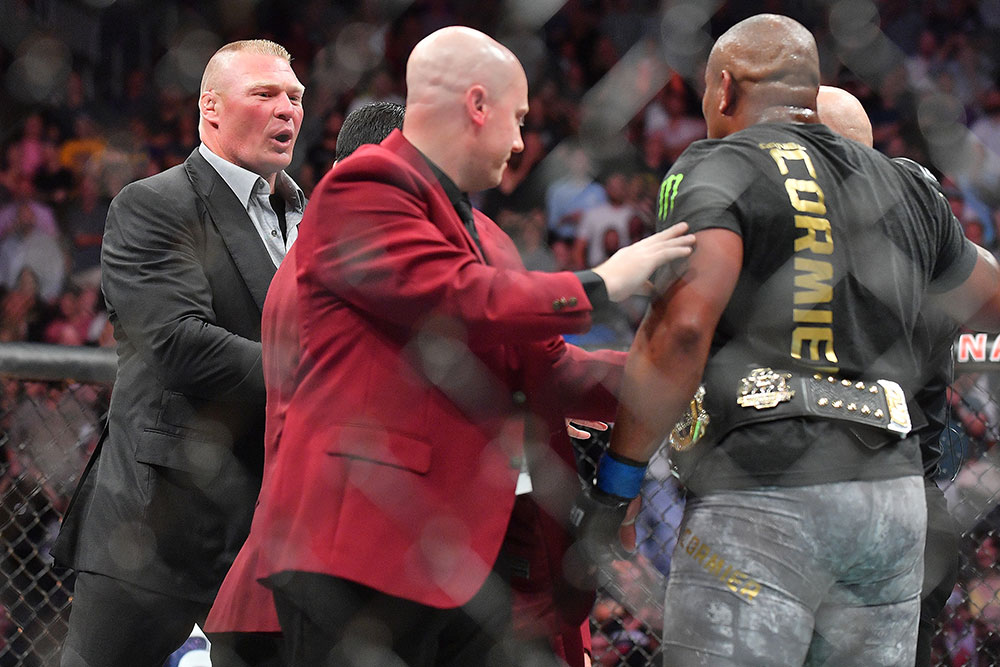 5 min read
[ad_1] After the opening six games of the season, the Buffalo Sabres sit at a mediocre 2-3-1 record (five points), ranking them seventh among the