I wanted to crawl out of my own skin.

In 2011, I was in the best physical shape of my life. I was one of the five best players in the world and I had won four titles by the end of July. But from one day to another, I couldn’t take a step. I couldn’t breathe.

I was competing in Båstad, in front of my home fans, and I wasn’t feeling well the entire week. I was so wired up. I had a tonne of energy, but not positive energy. I couldn’t find a way to calm myself down, and I only managed to sleep a couple of hours every night.

None of this impacted my tennis. I won the title that week, without losing a set. In my last two matches, I lost a combined five games against Top 10 players Tomas Berdych and David Ferrer to lift the trophy. On the court, I was as good as ever. Off court, I couldn’t have been worse.

After the trophy ceremony ended and I finished my media obligations, I drove my car back to Stockholm. I was thinking about how I had a few weeks before my next tournament, so I could finally relax. But the more I relaxed, the worse I felt.

My body was in some sort of survival mode and when I relaxed, all my mental problems surfaced. It felt like it happened from one day to another. But my body had given me many warnings, physical as well as mental symptoms, telling me I had been pushing my body too hard for too long.

The problems started with my immune system. I often got sick, catching a lot of colds, sore throats and fevers. I would get really dizzy and had trouble sleeping. But I was one of the people who thought I’d never crash.

When I heard about them, I said, ‘Yeah, but that just happens to weak people.’ I was the perfect person to have a burnout because I was not listening to my body at all. I was pushing to – and past – my limits, which is how I’ve been doing things my whole life since I was a kid. I love to train hard. My only answer to setbacks was pushing harder. Striving for perfection meant putting results ahead of my own wellbeing.

Little did I know I would never play a tournament again.

Many of you know I contracted mononucleosis, which ended my career. But I think it’s even more important to speak about the severe mental illness I battled during and after that period.

A year before that week in Båstad, if someone spoke to me about mental health, being stressed or having anxiety, I would just look at them and be like, ‘Come on, what are you talking about?’ I had absolutely no clue.

Athletes speak about injuries all the time, but we never discuss mental illness. There are a few former players who told me they experienced mental illness and some of them had to retire because of it. They never told anyone. It’s so much easier to say, ‘My shoulder is not good, my knee is injured and that’s why I retired.’ I think it’s just a shame. I don’t think we can make it easier for people around the world dealing with this awful issue if we don’t start viewing mental illness as seriously as we should.

As a player I never had any anxiety. Of course, I was nervous like everyone else before matches, but I never had a panic attack. In one of the biggest matches of my career, I even felt great.

At 2009 Roland Garros, I became the first player to beat Rafael Nadal at that Grand Slam championship. I went into the match with absolutely nothing to lose and everything to win. I didn’t know how to play with topspin anyway, so I just played even flatter. I didn’t care if I missed. I knew I wouldn’t win if I didn’t take my chances and that day it worked out really well. I was playing so freely. That was an amazing feeling.

That’s the complete opposite to how I felt when I was Top 5 in the world. Basically every match I played I was the favourite, which made it that much tougher. I was playing way too much at the end of my career not to lose instead of playing to win.

A lot of the stress on my body and my mind added up and I really started feeling it after that Båstad tournament. It felt like things changed overnight. From one day to the next, I was a completely different person. I began to suffer from severe anxiety and panic attacks. I had never experienced anything like that ever before. I didn’t have any idea what was happening to me.

The first few years, I was really worried that I would never feel well or have a normal life again. At first, I thought I was going crazy. I didn’t have any tools. I didn’t know what was going on and I think that made it even worse. There was one idea that triggered my anxiety the most: What would happen if I have to live in this hell my entire life? 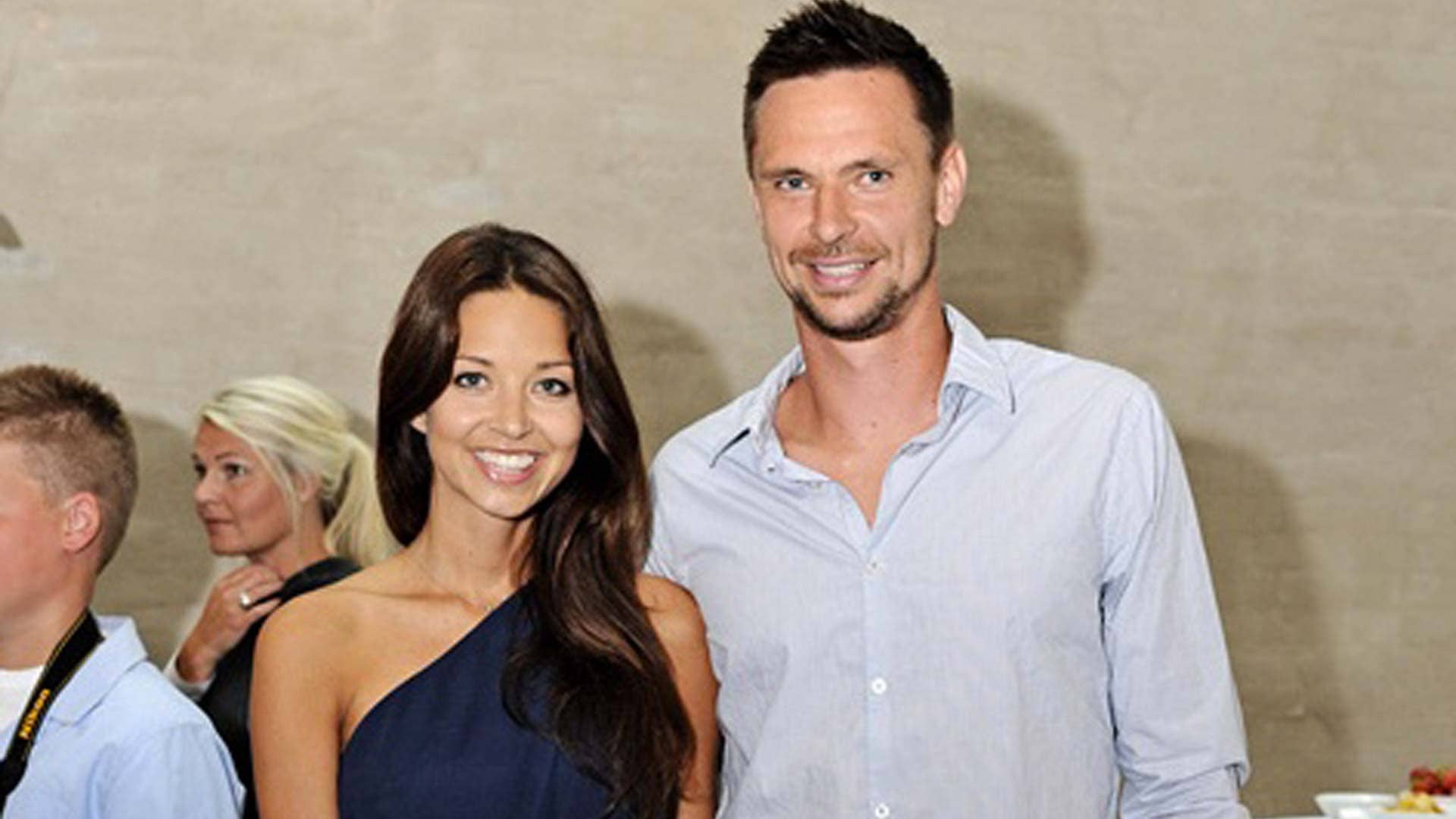 Robin Soderling and his wife, Jenni Soderling. Photo Credit: Robin Soderling
Psychologists have great degrees and they have studied everything, but at the same time you could sense if they haven’t been through mental illness themselves. At the beginning, I didn’t want to go to one because I thought, ‘What could she have done about it?’ But the first time I met her we were speaking and I already felt a little bit better. During my worst times I spoke to my wife a lot, too.

A very good friend of mine went through the same thing I did. He wasn’t an athlete, but he was burnt out and battled mental illness for more than five years before he finally felt well again. He helped me so much, because every time I spoke to him, I felt he understood what I was saying. The feelings I had were things he had experienced. It’s hard to describe how badly I felt, but it’s something he intrinsically understood.

Thankfully after a few really, really tough years, I started feeling better. Now, I consider that a closed chapter in my life. It’s not something I like talking about. For years, I wasn’t ready to share my story. I was able to accomplish a lot during my career and I didn’t want to reminisce on those awful years I had. Why now?

The thought of helping one player or one person is enough for me. When I started dealing with this issue, there was no example for me to look towards. Nobody out there publicly made it seem like it was okay to deal with mental illness. As a kid, nobody spoke about it.

For those dealing with mental illness, don’t be afraid to admit something is wrong. I would suggest finding someone who you could speak to, preferably someone who has gone through this. That is what helped me and I don’t know where I’d be without it.

Every time I wake up in the morning my first thought is, ‘How do I feel?’ I take five or 10 minutes to do some meditation just to go through the body. It’s so easy to ignore those small symptoms or those small signals that your body is sending out. You can do it for one year or five years, or even 10 years, but sooner or later you will crash. Even if you think you’re feeling better, don’t try to convince yourself everything is okay if it’s not.

Take some rest and don’t be afraid of doing things outside of tennis or your chosen profession. If I could do my career all over again, I would have probably found an interest, started studying something. Even when I was 21 or 22, I should have been planning for my future after my career. It’s so much easier if you have something to fall back on.

To become a professional athlete, you have to work extremely hard and a big part of your life has to be about tennis. But the problem becomes when it is your whole life. There’s a really thin line. Basically everything I cared about was tennis. Choosing to have an apple, I was wondering whether it was good for my tennis. Should I go to the cinema? Maybe not. I need to sleep nine hours, not eight.

There’s no shame in speaking about mental illness. It’s a very common problem in today’s society, no matter if you’re playing sports or working in another field. It’s something that needs to be spoken about a lot more. Doing so doesn’t make you look weak. In reality, it makes you stronger.